Home » Spiritual » What is Organic/Biodynamic Food?

What is Organic/Biodynamic Food? 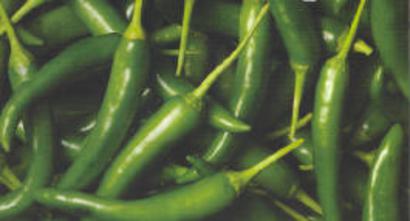 Organic/Biodynamic refers to the production method used to grow crops and process food. Organic/Biodynamic farms maintain and replenish soil fertility and health without the use of synthetic or artificial chemicals, such as fertilizers, pesticides, herbicides, and fungicides.
Animals reared on Organic/Biodynamic farms are fed Organic/ Biodynamic feed and are not given artificial growth hormones, or synthetic drugs. They are reared as free-range animals.
The Organic/Biodynamic standards do not allow genetically engineered plants or animals to be used, further safeguarding our health and the health of our environment.
How Do We Know It’s Organic ?
In Australia, growers who have been carefully inspected on an annual basis by one of the following national independent certification bodies produce certified organic foods:
Biodynamic Research Institute (Demeter)
Biological Farmers of Australia (BFA)
National Association for Sustainable Agriculture, Australia (NASAA)
Organic Herb Growers of Australia (OHGA)
These bodies are accredited and audited yearly by the Australian Quarantine Inspection Service (AQIS). The Organic Producers Advisory Committee advises AQIS on all matters “organic’.
Organic producers undergo an ongoing process of stringent periodic assessments throughout the entire production and marketing cycle. Produce labeled as certified “Organic” and “in Conversion” must have the appropriate documentation verifying authenticity, so retailers can clearly label the product for the consumer to select with confidence genuine organic produce. Organic certification of a product assures the consumer that those strict guidelines and goals have been undertaken and achieved.
It is prohibited under Organic Standards to use either food irradiation or genetic engineering in the production of organic food and fibre. Organic produce is therefore free of these industrial processes.
Why Should I buy Organic?
Here are eleven good reasons to buy organic food.
1. Offer you and your Family the Best
It makes sense to purchase the purest food available. Organic food fits that requirement.
2. Protect future Generations
The average child receives exposure to at least eight widely used cancer-causing pesticides in food. Food choices you make now will impact on your child’s future health.
3. Prevent Soil Erosion
Soil is eroding seven times faster than is built up naturally. Soil is the foundation of the food chain in organic farming. Soil conservation methods such as frequency and timing of cultivation, layout and leveling, mulches and crop residue management, as well as design and maintenance of water application and drainage systems must be considered by organic growers, and achieving control over any erosion potential is a prerequisite for certification.
4. Protect Water Quality
Pesticides contaminate water that makes up two-thirds of our body mass and covers three-quarters of the planet, thus polluting the very thing that sustains life.
5. Save Energy
Farms have changed drastically in the last three generations, from family-based small businesses dependent on human energy, to large-scale factory farms. Modern farming uses more petroleum than any other single industry. More energy is used to produce synthetic fertilizers than to cultivate and harvest all crops. Organic farming is still based on labour-intensive practices such as hand weeding, and uses green manuring and cover crops instead of synthetic fertilizer to support soil.
6. Keep Chemicals off Your Plate
Many pesticides approved for use were registered long before extensive research linking these chemicals to cancer and other diseases had been established. It is now considered that 60% of all herbicides, 90% of all fungicides, and 30% of all insecticides are carcinogenic. The bottom line is, pesticides are poisons designed to kill organisms, so they can also harm humans. In addition to cancer, pesticides have been implicated in birth defects, nerve damage and genetic mutations.
7. Protect Farm Workers
Farmers exposed to herbicides have six-times more risk than non-farmers of contracting cancer and this figure is rising. Field workers suffer one of the highest rates of occupation illness. Farm workers’ health is also a serious problem in developing nations, where pesticide use is poorly regulated, and the use of chemicals banned in Western countries is widespread.
8. Help Small Farmers
Although more and more large-scale farms are making the conversion to organic practices, most organic farms are small, independently owned family farms of fewer than 100 acres. Organic farming could be one of the few survival tactics left for family farms.
9. Support a True Economy
Although organic foods might seem more expensive than conventional foods, conventional food prices don’t reflect the hidden cost of subsidies borne by society. These hidden costs include food and transport subsidies, pesticide regulation, and testing, hazardous waste disposal and clean-up, environmental damage, social problems, sickness, and so on.
10. Promote Bio-diversity
Mono cropping is the practice of planting large plots of land with the same crop, year after year. While this approach tripled farm production between 1950 and 1970, the lack of natural diversity of plant life left the soil lacking in natural minerals and nutrients. To replace the nutrients, chemical fertilizers were used in increasing amounts. Single crops are also must more susceptible to pests, making farmers more reliant on pesticides. Despite a ten-fold increase in the use of pesticides between 1950 and 1970, crop losses due to insects doubled, because some insects had become genetically resistant to certain pesticides.
11. Organic Food Tastes Better
Organic farming starts with the nourishment of the soil, leading to the nourishment of the plant, and finally on to our plates and our taste buds. The proof of the pudding is in the eating – organic food tastes better.
Source: www.kurma.net
« Fried Chickpeas
Tulsi Apple Cake »