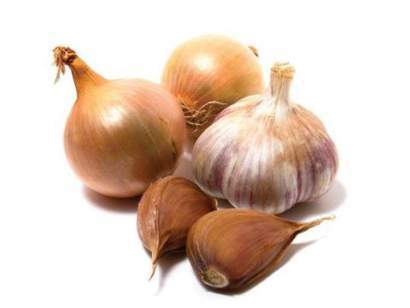 The Malhotras are the owners of Weikfield Products food company, which was established twenty years ago. They have a very large modern house, Malhotra Bhavan, situated on several acres of well kept land at 116 Koregaon Park,
which, unusual for India, even has a moderately sized swimming pool. At the house Srila Prabhupada was introduced to the wives of all three brothers, and some of their children.
As I busied myself retrieving Srila Prabhupada's silver plate and bowls for breakfast from our bags in the car, Haridasa escorted His Divine Grace into the house. A few minutes later he came out grinning and told me of an unusual story Srila Prabhupada had narrated to our hosts. The ladies had
naturally inquired from Srila Prabhupada what would he like to eat, and his initial response was to say "anything." He declared he would be satisfied with whatever they wanted to offer. But then he added, as a precaution, that there should be no onions or garlic. They knew this to be one of our
standards, but still they were inquisitive to know why.
Prabhupada said with a smile that eating onion and garlic is as bad as eating cow's flesh. And he told them a story about a Muslim king, a cow and a brahmana.
For the Muslims, cow slaughter is a regular affair. This particular king however, before having the cow slaughtered would call a brahmana and the brahmana would offer prayers to the effect that "In this life these people are slaughtering you, but in the next life you will get the chance to slaughter them."
So one time a brahmana came there but he felt lusty and he wanted to eat the cow's flesh also. However, the system was that he was not allowed to see the slaughter going on, he was supposed to offer his prayers and then leave.
So he hid in a corner and witnessed the butchering. After the Muslims had all taken their share of the dead cow and departed, the brahmana came to that spot and he found an ankle of the cow. Because he was not supposed to eat any meat, he took the cow's ankle into the forest and buried it with the plan that he would return in the night, cook it and eat it. When he came back he dug out the cow's ankle and found to his great surprise that it had turned into onion and garlic.
Haridasa said that Prabhupada told the Malhotras that the cow's hoof transformed to garlic and the ankle became onion; garlic looks like a cow's hoof, and just as the cow's ankle has several layers of flesh similarly the
onion has several layers and is the color of flesh. He finished the narration by telling them that when you eat garlic it makes a bad smell come in your mouth and when you cut onion it makes tears come out of your eyes.
The tears come because the cow was crying that in Kali yuga even the brahmana wants to eat onion. The family loved the story and promised not to serve any onions and garlic.
From Transcendental Diary by Hari-sauri Prabhu
« Hare Krishna Food
Coconut Sweet Pulav »