Home » Spiritual » Is Milk for Everyone?

Is Milk for Everyone? 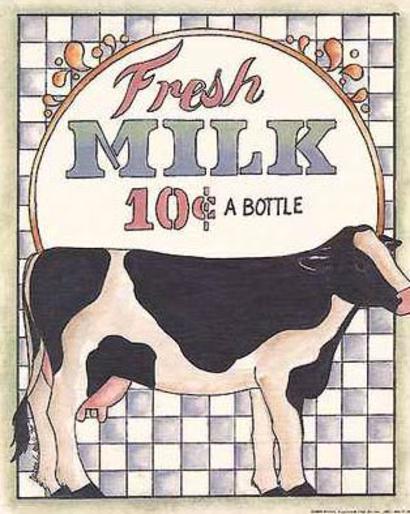 If milk is so beneficial, why is there so much controversy about it?
Back in the 1950s, international relief agencies started to give out millions of tons of surplus milk around the world. They received many complaints that people who drank the milk suffered cramps, severe gas pains and diarrhea.
The contention came to a head in 1965 when a team of research physicians from the Johns Hopkins Medical School discovered that many people who suffered after drinking milk were unable to digest lactose, a complex sugar found in milk.
Large, complex sugar molecules in milk can’t pass through the wall of the small intestines until it is broken into simple sugars. The enzyme lactase performs this transformation.
Lactase is generally found in all young mammals, but as mammals get older, many lose the ability to produce lactase: they become “ lactose intolerant”. From these conclusions came the idea that milk was only meant for baby mammals, and not adults.
Researchers added weight to their arguments by pointing out that many adult humans found it very difficult to digest a glass of cold milk. They also noted that Northern Europeans were the least lactose intolerant. Some anthropologists concluded from all this that light skin and milk-drinking go together, and that it was unreasonable to expect people from genetic backgrounds other than Northern European to drink milk.
But how does this explain the fact that African Masai cow-herders and the people of India have been drinking milk for millenia? Part of the explanation lies in the way in which the milk is consumed.
The Masai drink their milk warm and fresh from the cow. India’s esteemed traditional medical treatise Ayur Veda explains how warm milk straight from the cow promotes strength and actually stimulates the digestion, but that cold milk causes rheumatism and arthritis, and (as detected by the researchers at Johns Hopkins), toxic gas.
It is interesting to note that lactose intolerance is practically unheard of in India. It is most certainly due to the fact that in India, milk is always boiled first, then consumed very hot, and always sweetened with sugar. Boiling the milk breaks down the protein so it is easier to digest. In the West, milk is pasteurized, but not boiled. It’s also homogenized, and people drink it cold.
In India, saffron, cardamom, and other aromatic spices are usually added to milk. As well as making it delicious, this naturally alleviate any mucus-forming tendencies. Hot milk also calms the nerves. This helps explain why hot milk is so widespread in many cultures as a bed-time relaxer.
And also, according to the Ayur Veda, the thick skin of cream on milk (I used to peel it off in disgust), promotes strength and virility and alleviates bile and gas.
Finally, here’s a magnificently simple recipe for hot saffron milk. Sweet dreams.
Preparation time: 15 minutes
Yield: enough for 4 persons
pinch of saffron threads
pinch of ground cardamom seeds
1 litre milk
Sugar or honey to taste
Coarsely grind the saffron with the back of a spoon.
Place the milk over medium heat. Add the saffron and cardamom.
Stirring, bring the milk to a full boil, allowing it to froth twice, then remove from the heat. Dissolve the sweetener in the milk, and serve “sipping hot”.